You are here:
Melanin in Biology

Melanin is a complex polymer synthesized by living organisms. A polymer is a large chemical compound often made up of hundreds of smaller chemical parts, monomers. A variety of melanins can be found through biology, most commonly being composed of derivatives of acetylene, a black monomer.

Melanins are found in a wide variety of organs in humans. They have been found in a few regions of the brain, where they are termed neuromelanins. Their exact function is unknown, but it has been suggested that they could be a byproduct of the synthesis of a neurotransmitter. Neuromelanin is probably the only source of these specific neurotransmitters with a variety of neurodegenerative compounds coupled with a reduction in neuromelanin. In the inner ear melanin protects against hearing damage, this is presumed to be because it has been found that it is the best sound absorber known. In the eye it protects the iris against UV damage, similar to the way it protects the skin. It is has also been discovered in the birth canal and adrenal gland. All of these melanins have different structures, they might be slight alterations of each other, or distant relatives.

Melanin in the skin

Human skin and hair contain both the reddish pigment pheomelanin and brownish eumelanin, where eumelanin is the most abundant in the human body. Pheomelanin is more present in females, leaving females with a more reddish skin.

Where reference is made to melanin in the text, eumelanin is implied. The precise function of melanin is the subject of much debate; its exact role is still unclear. In the dermis (skin), the pigment is a primary determinant of both skin and hair colour. Melanin is produced by melanocytes, special skin cells located in the basal layer of the epidermis (Figure 1). The process of activating pigmentation in the skin is termed melanogenesis, and is initiated after cellular damage following exposure to UV radiation or the sun. Visibly, increased melanin in the skin results in a darker skin complexion, and better protection.

Figure 1. Melanosomes leaving the melanocyte as a result of sunburn in the upper epidermis.

Both melanins are synthesized in the basal layer, which is located at the bottom of the epidermis (top layer of the skin), above the dermis (see Figure 1). Special cells, melanocytes, produce melanin containing packets, called melanosomes. These melanosomes are spread throughout the epidermis by tentacle-like projections called dendrites. The dendrites, which are connected to the melanocytes, transfer the melanosomes to separate keratinocytes (skin cells). Once the melanosomes reach the end of the projections they are squeezed out, into the keratinocytes. The melanin containing packets spread out above the nucleus, where they stay, protecting the DNA inside the organelle from harmful UV radiation. The skin cells eventually rise to the top of the epidermis where they die and are desquamated (shed away).

All humans appear to almost have the same number of melanocytes and keratinocytes (at a ratio of 1:36). The size and number of melanosomes, however, can vary dramatically between individuals. People with fair skin tend to produce small melanocytes, containing little melanin, which is portrayed as a fine brown dust covering the nucleus of keratinocytes. Dark skin individuals produce larger melanin containing packets that are seen as dark patches covering the nucleus. Both of these forms of melanosomes protect the DNA in two ways, by scattering incoming ultraviolet radiation and by absorbing it. Because of this protective ability that melanin posses, it is called a photoprotectant, that is a substance that can protect an organism from damage caused by the absorption of photons from a radiating source, particularly the sun. This degradation is called photodegradation.

The more incoming UV radiation that is randomly scattered, the less the chance of DNA’s exposure to it. The amount and direction of the scattering is dependent on both the wavelength of the incident ray, and the size of the particle that it is striking.

Research has shown that the smaller a particle size, the greater the evenness of scattering. It has been revealed that even though some radiation passes through the melanin, if the layer is thick enough, it will eventually be dispersed or absorbed elsewhere.

Figure 2. Scattering caused by different sized particles when subject to the same wavelength of light.

The sizes of human melanosomes range from around 228nm to 684nm. It is therefore desired, on a scattering basis, to have melanosomes closer to 230nm rather than 690nm.

On the other hand, light absorption is favored by a larger surface area, which requires larger melanosomes. Once the energy is absorbed by the melanin, it raises electrons to excited states and, in turn, passes the energy to the cell it is situated in. The cell is then assumed to use this energy to regulate its conditions and drive chemical reactions, a role similar to that of chlorophyll in photosynthesis.

As a photoprotectant, melanin can be artificially produced and incorporated into products and substances that seek to offer protection against UV radiation. In other domains, similar types of melanin have also been used in conjunction with plastics, plastic films, and optical lenses.

In the same way that melanin provides skin and hair colour, it also provides the colour of birds’ plumage, amphibians’ and reptiles’ skin or scales, and other animals’ fur. Pigmentation in animals provides bright colours that attract mates in the animal kingdom and is used for camouflage, as illustrated by the cuttlefish, which releases an ink composed of melanin particles, to distract and confuse its predators. It is thought to also be involved in the defense of fungi and bacteria against ionizing UV radiation, chemical strain and biochemical strain.

Additionally, in pathogenic microbes, melanin is used to protect the microbe from immune responses by its host. Also, in some organisms, melanin is involved in a self-defense mechanism, it encapsulates invading pathogens and is accompanied with the production of radical byproducts, it aids in the killing of pathogens.

Recently, due to the presence of melanin, fungi have shown to survive under harsh radioactive conditions. It is thought that melanin is converting ionizing radiation into a useable energy source, which promotes growth. This was first noticed after the melt down at the Chernobyl nuclear power plant in Ukraine. A sample taken of a black fungus found inside a reactor was found to contain melanin, triggering the speculation that the polymer melanin was harnessing the energy from the radioactive rays into a usable energy. 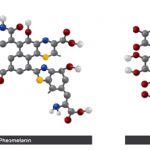 Figure 3. Different structures of repeating units of pheomelanin and eumelanin.

Figure 4. Simple presentation of the pathway which converts tyrosine to pheomelanin. 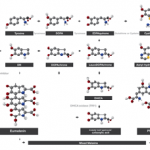 Figure 5. The two distinct pathways of melanins commonly found in the human body.

The chemical structure of the different forms of melanin have proven difficult to analyze, due to the properties of the molecule. They are found to be insoluble, amorphous, and cannot be studied as a solution or in crystal form. To overcome the frustrating properties, a partial degradation process has been used to study the separate components of each melanin structure. Two of the main melanins in the human body are eumelanin and pheomelanin (Figure 3).

The pathway to synthesize melanins is also not fully understood. It is known that tyrosine is the starting reactant, and tyrosinase the enzyme that catalyses the reaction (Figures 4 and 5).